Advent is perhaps the season most people know about, whether you're a religious person or not, however, thought I’d mark this special season with one of my explanations, so here goes.

Advent is the season looked upon in many churches as a time of expectant waiting and also of preparation, with the celebration of the Nativity of Jesus at Christmas, and also the return of Jesus at the second coming.

Advent is the start of the church’s new year (Liturgical year). Advent starts on the fourth Sunday before Christmas, the nearest Sunday to St Andrews day which is the 30th November, therefore it can be any date between 27th November and the 3rd December, so if Christmas day falls on a Monday, Advent Sunday will fall on this last day (all terribly complicated)

It is very hard to know when the period of preparation for Christmas that is now called Advent first began, so I thought I’d have a bit of a look at the history, I’ll keep it brief.

There is certainly references from about 480 AD and this could be down to an order of monks called the Council of Tours who fasted every day in the month of December until Christmas, tied up with advent was a period of fasting known as the Nativity fast or the fast of December.

According to St Gregory of Tours this celebration of Advent began in the 5th Century when a Bishop directed that starting with the feast of St Martin (11 November) until Christmas one should fast 3 times a week, this is why sometimes Advent is also named Lent of St Martin, this remained limited to the diocese of Tours until about the 6th century when it seems to have spread all over France, even some more devout worshippers in other countries took this even further and fasted every day until Advent.

We get to the 6th century and comments from Gregory the Great show us four weeks to the season of Advent, but without fasting, but looking at the writings of Charles the Great in the 9th century, fasting was still widely observed.

We get to the 13th Century some say fasting was not widely practiced however according to a French Bishop, fasting was observed but only for people with great devotion.

We continue along to the 14th Century Pope Urban V became pope and he simply forced people in his court to just abstain, no fasting.

So we carry on, the season of Advert remains virtually unchanged until 1963 when in simplistic terms the Vatican revamped itself, it introduced minor changes to bring about a difference between the spirit of Lent to that of Advent, drawing attention to the fact that this is a season for hope, joy and a great promise for the second coming.

The season of Advent brings a change in the church, first, its liturgical (ceremonial) colours now change to mauve, purple, (take your pick) so the altar frontal, pulpit hangings and the vicar/priests clothes reflect this colour, and also in some churches the tabernacle (safe) is coved in this colour.

HOWEVER this is until the third Sunday in advent, Gaudete Sunday ( like the Forth Sunday in Lent, Laetare Sunday) the only two Sundays, when, hooray, you can wear pink (Rose), both terms arrive from the Latin rejoice or joy, so, like the Fourth Sunday in Lent, (Mothering Sunday), dust off your pink socks, scarves, or jumpers and live in the pink.

The other popular changes within the church is its music, many churches hold an evening of nine lessons and carols, perhaps also called carols by candlelight, bibles readings announcing the birth of Christ are interspersed with favorite carols, this evening is especially happy for us at St Francis, as friends old and new join us for this service and a tradition of having mulled wine and mince pies afterwards gives us a chance to catch up with each other, some churches also  put on concerts of Handel’s messiah and some might even have plainsong added into their normal services.

Like our advent calendars at home, which seem to get more outlandish each year, we in church have our simple advent wreath, four candles, three purple and one pink and one white in the middle. One candle is lit on each of the Sundays leading up to Christmas Day, the pink being lit on the third Sunday and the white one reserved for Christmas Day.

Like many people all over the world we all look forward to Advent and Christmas, the anticipation of what is to come, the story, the history, however it is becoming with each passing year more commercial, the message tends to be lost in translation, so perhaps taking a minute to read this, or indeed attending a service be it at St Francis or another church should remind us of what we have now, what our life is all about, what is important to us and should cherish, we may falter, get caught up in the moment or indeed have hiccups along the way, but, the church and its messages will always be here, the lights in the window, the music filtering out of the doors, the stories in our ears all drawing us back or in reminding us of what’s important in our lives and we should never forget and with the message of Advent resounding in our ears we all can be assured of peace, hope and Joy.

All details of our services for advent and Christmas will be posted on this site.

The Church is open daily for quiet prayer and contemplation should you need to take time out over this period, especially, to gather your thoughts.

So, all that is left to say is we look forward to welcoming you, hope you’ll be able to join us in our services and worship over this period, and from us all at St Francis 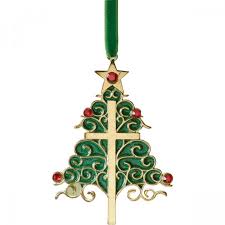