Christmas this year is going to be a very different affair in the respect that we are going to have to ask you to pre-book your Christmas Eve and Christmas Day seats with Father Stephen, more details of how you are going to be able to do this will be coming shortly, and advertised here, in the meantime, first things first.

Our Crib and Christingle service also has be done slightly differently and to help, Ive put up a poster that gives you all the information needed.
However whist your are on this page, and to perhaps give you a much needed flavour of what we will be missing this year, if you page or scroll further down I've have included  some interesting information and facts about these two services which we all enjoy at this time of year. 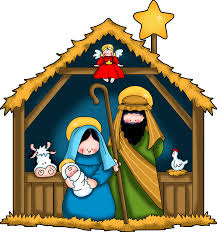 Like many Churches around the world, St Francis is no different when it comes to having a crib service.

The service can be from one end of the scale, sedate and controlled  to the other, joyful, and come what may, however here at St Francis its more towards the come what may end of the scale and we like to get the children to dress up and sing their favorite carols and to act out the nativity story. We usually end up with several Mary's, angels and shepherds, with the token Joseph and donkey, but that doesn’t matter, what matters is all the children have fun and get the flavor of the nativity story.

We also have small nativity scene or sometimes called a tableau, to the right of the church, usually where the statue of St Francis (our patron saint) sits for most of the year, as we tell the story during the service, little statues are carried up by the children and placed in their spot in the scene.

Here at St Francis, we go with the fact that the three wise men took their time to arrive at the stable, and we try to show that with their figures, so if your ever in the church after the crib service, (please visit, we are open during the week) have a look around, see if you can spot the wise men, they will be somewhere, on an altar, or perched on a window ledge or on a pulpit, making their way to the scene.

One last little fact to finish, St Francis of Assisi, our patron Saint, and also I might add patron Saint of Animals is said to be credited with producing the first nativity scene in central Italy, it was his way of emphasising Christmas and the worship of Christ rather than concentrating on the decorations, ornaments and shiny baubles that tend to be a part of worship in churches and he even got the blessing of the pope of the day (Pope Honorius III) the best thing about this first nativity scene, it was a living one, with people and animals making a starring role, so I think it’s so very right that our scene or tableau sits in his place in our church.

At the end of our crib service we would normally give the children something we call a Christingle.

Yes, your right, this is an orange with a red ribbon, and sticks in, with sweets and a candle, or (health and safety) sometimes with a glow stick.

I can already hear your question - why? well, my explanation to the rescue, so here goes.

The history of Christingle’s can be dated back to 1747 and the Maravian Church in Germany, and the minister Rev John de Wateville.  At the first service he gave the children a lighted candle with red ribbon or cloth around it, he wanted to illustrate that this represented Jesus being the light of the world.

After that there was no stopping this custom, and by the 1700s it had gone around the world, thanks largely to Missionaries bringing the Moravian church and its customs to England.

In Moravian churches the the Christingle service is usually held on the Sunday before Christmas or on Christmas Eve, so for us at St Francis to hold it with our Crib service seems very right and fitting, and therefore brings it all together.

As you can imagine over the years the symbolism of the Christingle grew into what we know today, and this is what it all represents.

•    The candle stands tall and when lit gives light in the dark like the love of God.

•    The red ribbon goes around the middle as a symbol of the blood that Jesus shed when he died for us on Good Friday, sometimes in other churches they might put white ribbon round to represent purity

•    The four sticks in the four directions represent the points on the compass, north east south and west, they can also stand for the four seasons.

•    The fruit or sweets represent the fruits of the earth, nurtured by the sun and rain and the bounty that God gives us.

So where does the name come from, well, there are several theories, the word Christingle could have come from several places, it could be the English word for “Christkindl” which means little Christ child, this is the present bringer in some parts of Germany and other European countries who represents the baby Jesus, bit like Father Christmas or the American, Santa Claus.

Or it could be the putting together of two words, Christmas and ingle.

meaning, the Christ light, however after all this going around in circles as Christingle's originally came from Germany, the first idea is the most likely.

The First Christingle service held in the Church of England was in 1968.

The idea came from a John Pensom, who was also known as (you've guessed it) Mr. Christingle.

People didn’t think the service would succeed as making the Christingles would be too fiddly and complicated, (Ha) they were wrong.

The custom spread to all kinds of churches and today is one of the most common and popular Christmas children services in the UK, and it success just keeps growing, in the 2000s over 5000 Christingle's services were being held in the UK, in 2018, over 6000 services,

all raising funds for The Children’s Society, each year this special service raises over 1.2 million to help vulnerable young people, and in 2018 celebrated its 50th year.

Here at St Francis the combined Crib and Christingle service is as popular as ever, however we do carry on and continue to use the service to highlight The Children’s Society and raise funds for this fantastic cause, and we would normally have a retiring collection to aid and help this charity, however not this year, we would have loved to seen you here at St Francis for this special service welcoming you to our Crib and Christingle service, but alas it is not to be, however, reading this we hope gives you a little more information about Christingles and we hope you’ll look at them, not just as a bizarrely decorated orange, but as an inspirational symbol that helps young people lives, and especially at the moment in these very exceptional times. Thank you.