As we are no longer are able to take part in services, I thought it might be a good idea to put Sundays readings and Gospel up on our web site for every one to view and read in your own good time

Second Reading: Romans 8: 8-11
People who are interested only in unspiritual things can never be pleasing to God. Your interests, however, are not in the unspiritual, but in the spiritual, since the Spirit of God has made his home in you. In fact, unless you possessed the Spirit of Christ you would not belong to him. Though your body may be dead it is because of sin, but if Christ is in you then your spirit is life itself because you have been justified; and if the Spirit of him who raised Jesus from the dead is living in you, then he who raised Jesus from the dead will give life to your own mortal bodies through his Spirit living in you.

Gospel John 11:1-45
There was a man named Lazarus who lived in the village of Bethany with the two sisters, Mary and Martha, and he was ill. It was the same Mary, the sister of the sick man Lazarus, who anointed the Lord with ointment and wiped his feet with her hair. The sisters sent this message to Jesus, ‘Lord, the man you love is ill.’ On receiving the message, Jesus said, ‘This sickness will end not in death but in God’s glory, and through it the Son of God will be glorified.’

Jesus loved Martha and her sister and Lazarus, yet when he heard that Lazarus was ill he stayed where he was for two more days before saying to the disciples, ‘Let us go to Judaea.’ The disciples said, ‘Rabbi, it is not long since the Jews wanted to stone you; are you goingback again?’ Jesus replied: ‘Are there not twelve hours in the day? A man can walk in the daytime without stumbling because he has the light of this world to see by; but if he walks at night he stumbles, because there is no light to guide him.’

He said that and then added, ‘Our friend Lazarus is resting, I am going to wake him.’ The disciples said to him, ‘Lord, if he is able to rest, he is sure to get better.’ The phrase Jesus used referred to the death of Lazarus, but they thought that by ‘rest’ he meant ‘sleep’, so Jesus put it plainly, ‘Lazarus is dead; and for your sake I am glad I was not there because now you will believe. But let us go to him.’ Then Thomas – known as the Twin – said to the other disciples, ‘Let us go too, and die with him.’

On arriving, Jesus found that Lazarus had been in the tomb for four days already. Bethany is only about two miles from Jerusalem, and many Jews had come to Martha and Mary to sympathise with them over their brother. When Martha heard that Jesus had come she went to meet him. Mary remained sitting in the house. Martha said to Jesus, ‘If you had been here, my brother would not have died, but I know that, even now, whatever you ask of God, he will grant you.’ ‘Your brother’ said Jesus to her ‘will rise again.’ Martha said, ‘I know he will rise again at the resurrection on the last day.’ Jesus said:

‘I am the resurrection and the life.
If anyone believes in me, even though he dies he will live, and whoever lives and believes in me will never die.

Do you believe this?’

‘Yes, Lord,’ she said ‘I believe that you are the Christ, the Son of God, the one who was to come into this world.’

When she had said this, she went and called her sister Mary, saying in a low voice, ‘The Master is here and wants to see you.’ Hearing this, Mary got up quickly and went to him. Jesus had not yet come into the village; he was still at the place where Martha had met him. When the Jews who were in the house sympathising with Mary saw her get up so quickly and go out, they followed her, thinking that she was going to the tomb to weep there.

Mary went to Jesus, and as soon as she saw him she threw herself at his feet, saying, ‘Lord, if you had been here, my brother would not have died.’ At the sight of her tears, and those of the Jews who followed her, Jesus said in great distress, with a sigh that came straight from the heart, ‘Where have you put him?’ They said, ‘Lord, come and see.’ Jesus wept; and the Jews said, ‘See how much he loved him!’ But there were some who remarked, ‘He opened the eyes of the blind man, could he not have prevented this man’s death?’ Still sighing, Jesus reached the tomb: it was a cave with a stone to close the opening. Jesus said, ‘Take the stone away.’ Martha said to him, ‘Lord, by now he will smell; this is the fourth day.’ Jesus replied, ‘Have I not told you that if you believe you will see the glory of God?’ So they took away the stone. Then Jesus lifted up his eyes and said ‘Father, I thank you for hearing my prayer. I knew indeed that you always hear me, but I speak for the sake of all these who stand round me, so that they may believe it was you who sent me.’

When he had said this, he cried in a loud voice, ‘Lazarus, here! Come out!’ The dead man came out, his feet and hands bound with bands of stuff and a cloth round his face. Jesus said to them, ‘Unbind him, let him go free.’

Many of the Jews who had come to visit Mary and had seen what he did believed in him. 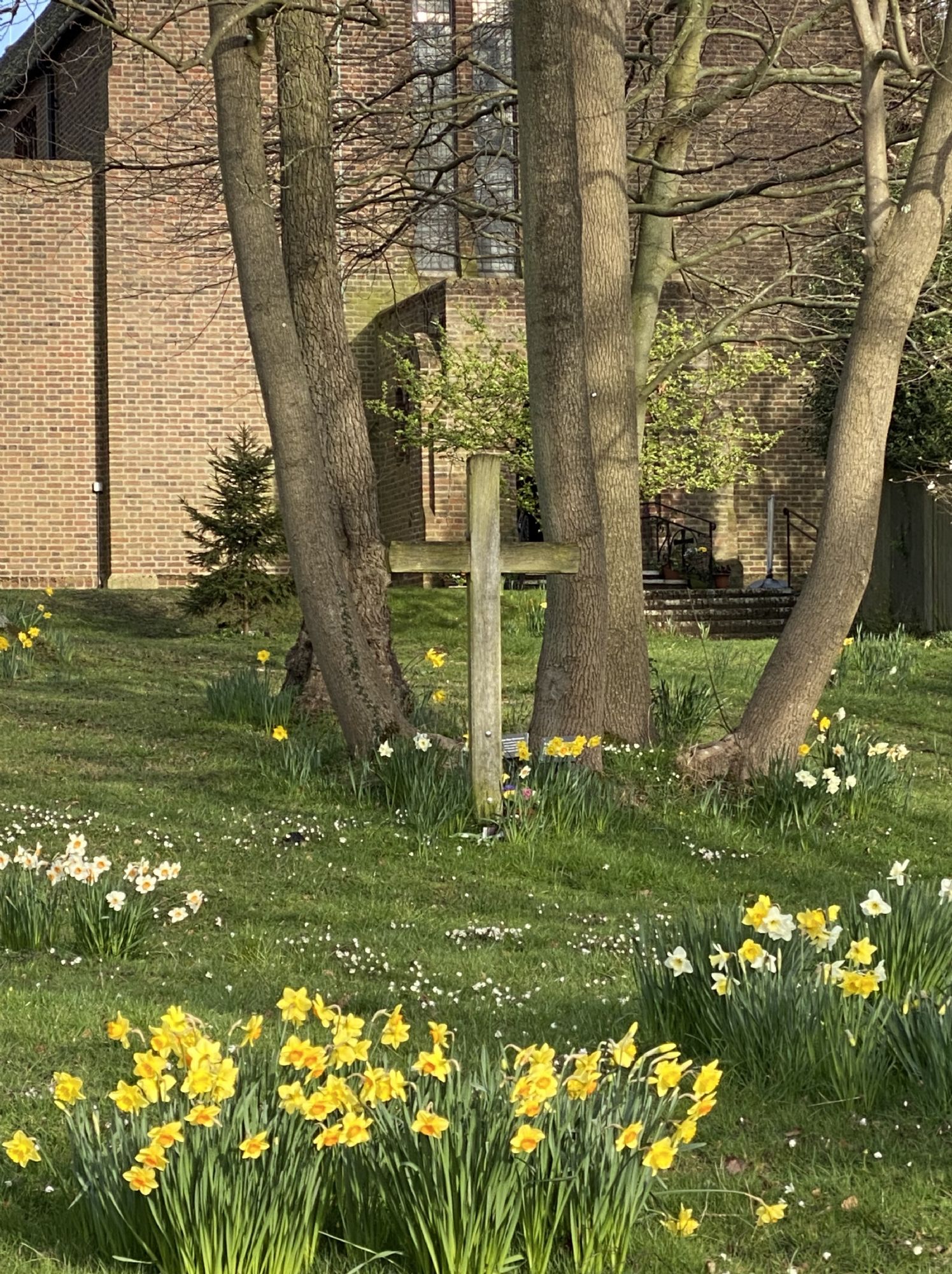