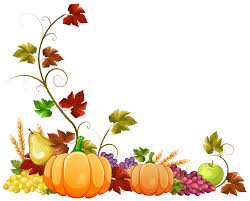 The Harvest Festival is an annual celebration of the food that is grown on the land, and occurs at around the time of the main crop harvest.

In this county harvest festivals celebrations have been around since pagan times, but celebrating in church in the form that we know began on the

Morwenstow in Cornwall, the bread made from the first cut of corn

was used at the communion.

Harvest festivals are traditionally held on the Sunday closest to the date of the harvest moon, this is the full moon that occurs closest to the autumn equinox which this year (2021) is Wednesday 22nd September.

The celebrations usually means decorating the church with fruit and vegetables to symbolise the harvest, in the past, and still in some churches an intricate loaf of bread is baked with what looks like wheat stalks and ears woven into a design and displayed on or at the foot of the alter.

Prayers are said to thank God for another plentiful year and that every thing has been safely gathered in, and favourite hymns are sang, including We plough the fields and scatter, Come ye thankful people come, and an all-time favourite, All things bright and beautiful.

In the past, (I can remember this) people would bring produce from their garden, allotment or farm, they might  cover a small box to resemble a basket and small children would bring them up to the alter during the service for the vicar or priest to bless, and the produce was then distributed among the poor and senior citizens of the local community, as times have moved on, tin and packet produce has taken over from the fresh, the small children still bring up their boxes, but distribution is now made to local food banks, but also increasingly churches have linked harvest with a developing awareness and concern for people in the 3rd world, for whom growing crops of sufficient quality and quantity still to this day remains a struggle, relief organisations often produce resources for churches to use at this time which promote the growing concerns for those people across the globe and bring it to the forefront  in people’s minds here.

As you can imagine, the harvest has thrown up a lot of customs, traditions and rituals in order to celebrate the end, but also to try and ensure one year’s success into another.

Until the 20th Century most farmers would celebrate the end of the harvest with a big meal called the harvest supper, all who had help were invited, it was sometimes known as a “Mell-supper” after the last patch of corn or wheat standing in the fields which was known as a “Mell” or “Neck”.

Cutting this meant the end of the work and the beginning of the feast.

There seems to have been some sort of tradition here, being that bad luck would come to the person who cut the last strand of corn down.  The farmer and all his workers would race against other harvesters on others farms to be the first to complete, shouting to announce that they had finished.

In some counties the last stand of corn would be cut by all the workers throwing their sickles at it until it was all down, in other areas reapers would take it in turns to be blindfolded and sweep a scythe haphazardly until all of the Mell was down.

Another early ritual belonged to the corn (grain); in some regions the farmers believed a spirit resided in the last sheaf of grain to be harvested.  To Chase the spirit away, they beat the grain to the ground, elsewhere they wove some blades of the cereal into a “corn dolly” this would often take pride of place at the banqueting table that was held at the farmer’s house to celebrate the end of the harvest, then they would keep it safe for luck until seed-sowing the next year, they would then plow the ears of the grain back into the soil in the hopes that it would bless the new year’s crop.

If you are reading this, I hope you agree that this tradition of celebration resounds even more today than it ever did, and we should be mindful to care and nurture this fragile planet of ours and always continue to give thanks to God for his continued care.