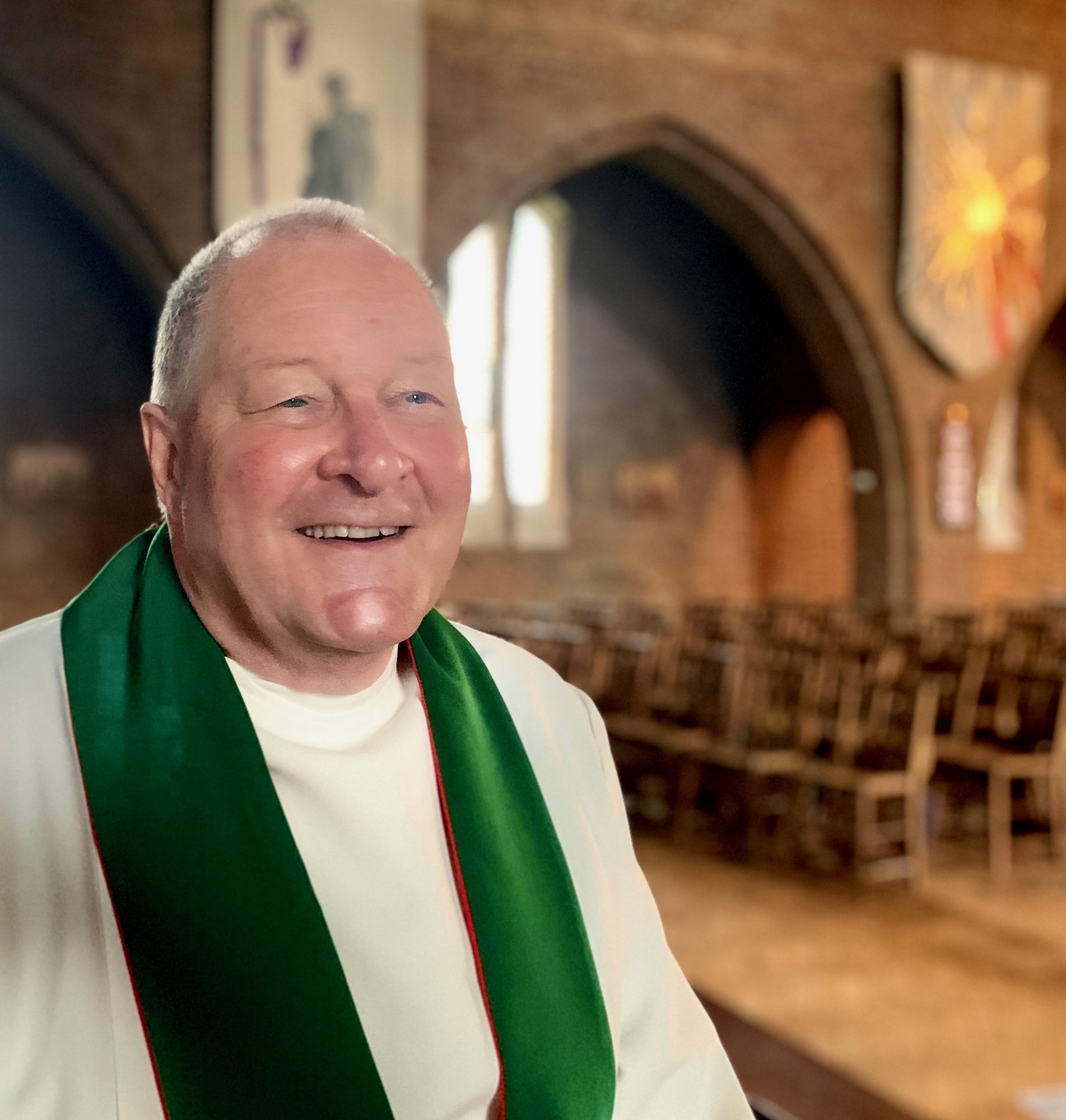 I was born and brought up in north west London.  Although my parents weren’t churchgoers (the Vicar refused to baptise me, so I was christened in the Congregationalist Church), I became a choirboy at St Cuthbert’s, North Wembley.  After reading chemistry at Sussex University, I was accepted for ordination training at Lincoln Theological College and Nottingham University.

I was ordained in Rochester Cathedral and served my first curacy at St Mary’s, Bromley.  This turned out to be a significant period for my life today:  I was required to do potty training (P.O.T. - Post Ordination Training) and asked to continue studying Hebrew.  The Diocese finally found me a tutor who was the first priest to retire to Bromley College and so I discovered the College where I have been living since my retirement in 2015.

As soon as I was priested in 1977, I was asked to serve as Chaplain to the local Chapter of the Guild of Servants of the Sanctuary which involved singing the Guild Office (a form of plainsong vespers) in various Churches in North Kent, including St Francis, Petts Wood.
I can therefore say that I have been conducting services here for over 40 years!

After a second curacy in Dartford, I was Vicar of Borstal and Chaplain of Cookham Wood Women’s Prison, before moving to Essex where I was Rector of Stansted Mountfitchet with Birchanger and Farnham and then Rector of Hutton (between Brentwood and Billericay).

In 2014, I had spinal surgery at the Royal National Orthopaedic Hospital in Stanmore.  Although the operation was a success, the damage already caused to some nerves in my right leg was irreversible and, as a result, I took early retirement.

My interests include the History of Art and particularly the manner in which the Church has used art to tell her story.  I enjoy travelling in Europe and, although I am not a linguist, I do try to learn a little of the appropriate language before I go.  As I have difficulty walking, my main exercise is in the swimming pool.

I have a son and two grandchildren in Braintree, and daughters in Folkestone and Walthamstow.